Steadfast and True in Grayson, GA

Monroe is a city in Walton County, Georgia, United States. It is located both 1 hour east of Atlanta and east of Hartsfield Jackson Int’l Airport and is part of the exurban cities in the Atlanta metropolitan area. Monroe is also a city known for its accessibility to Conyers just 20 minutes away and Lawrenceville 35 minutes away.

Elisha Betts of Virginia offered a gift of land for county buildings, private and public cemeteries, and six acres surrounding “Spring Place,” this being a public gathering place for citizens in the surrounding community. This benefactor also suggested to give the town the name of “Monroe” in honor of James Monroe, fifth president of the United States.  His offer was accepted and Monroe became known as the county seat of Walton County in 1820.  The City of Monroe was incorporated in 1821.

Elisha Betts aided the erection of log and frame houses, stores, and a tavern known as “Major Humphries Assembly Room,” which was used for public meetings, dancing, and other forms of amusement.  His own two-story log house is said to have stood on the lot at the corner of Broad and Washington Streets.

A fire in 1857 swept the entire downtown area of Broad Street between the streets now known as Spring and Washington. The Courthouse was the only building left standing.

Following the fire, the first brick buildings were erected, many of which are still present in one form or another today.  The original City Hall building erected during the late 1800’s still stands at the corner of Spring Street and Wayne Street, as does the second City Hall which was built in 1939 on South Broad Street.  Many other homes and storefronts from the late 1800’s and early 1900’s still exist here today.

Hitachi Automotive Systems: Located on Unisia Drive in Monroe, their two facilities include 520,000 sq. ft. of manufacturing. The company is a division of Hitachi Corporation which specializes in automotive systems, navigational aides, audio-visual equipment, and lithium-ion batteries. Hitachi in Monroe won the 2014 Manufacturer of the Year award for the State of Georgia. 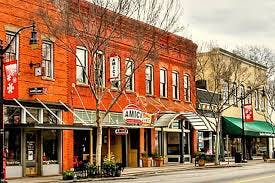 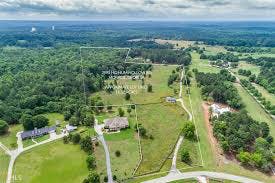 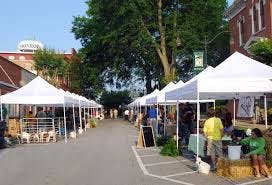