Lithonia is a city in eastern DeKalb County, Georgia, United States. The city’s population was 1,924 in 2010  Lithonia is in the Atlanta metropolitan area.

“Lithonia” means “city or town of stone”. Lithonia is in the heart of the Georgian granite-quarrying and viewing region, hence the name of the town, from the Greek lithos, for “stone”. The huge nearby Stone Mountain is composed of granite, while the Lithonia gneiss is a form of metamorphic rock. The Stone Mountain granite is younger than, and has intruded the Lithonia gneiss. The area has a history of rock quarries. The mines were served by the Georgia Railroad and Atlanta, Stone Mountain & Lithonia Railway. Some of the rock quarries have been converted to parkland, and the rail lines to rail-trail.

In 1805, Lithonia began as a small crossroads settlement of farmers. The town grew with the coming of the Atlanta Augusta Railroad in 1845, which allowed the granite quarrying industry in the area to flourish.

Lithonia is the birthplace of the Lithonia Lighting company, one of North America’s largest manufacturers of commercial, institutional, industrial and residential light fixtures, which was founded in the city in 1946 but moved to nearby Conyers in the 1950s.

Downtown Lithonia was recently nominated to the National Register of Historic Places and is home to a variety of businesses. The city is a pedestrian-friendly area with interesting architecture and lots of history. In the spring, the Lithonia Stewart Amphitheater will be returning to host concerts and other cultural events. Stonecrest is a lively business area featuring shopping, dining and lodging, centered around the Mall at Stonecrest.

The Arabia Mountain National Heritage Area encompasses over 40,000 acres and offers visitors natural wonders, compelling history and includes Davidson-Arabia Mountain Nature Preserve and Panola Mountain State Park. The rare, native plant species, such as the signature red diamorpha in the winter and fall’s yellow daisies, make it seem as though the rock is in constant metamorphosis.

The Gullah Geechee are descendants of African slaves brought to the shores of Georgia from the rice and grain regions of Sierra Leone in Western Africa to work the cotton and rice plantations. After emancipation, many stayed on the coastal land no one else wanted, forming tight-knit communities somewhat insulated from the discrimination experienced in other Southern towns. Experience the Gullah spirit in places like Pin Point Heritage Museum near Savannah, and Hog Hammock on Sapelo Island. Learn more about the Gullah history at The Harrington School on St. Simons Island and the Geechee Kunda Center in Riceboro. It’s all part of Georgia’s Gullah Geechee Trail.

St. EOM’s Pasaquan is a unique colorful folk art installation set on seven acres in middle Georgia, just south of Columbus created by Eddie Owens Martin (St EOM.) CNN has proclaimed Pasaquan as one of the “16 Intriguing Things to See and Do in the U.S.,” and the installation is listed on the National Register of Historic Places. The man himself is a bit controversial

The Hindu Temple is the largest temple outside of India and is open to people of all faiths and backgrounds to visit. Fact: it was built using 1.3 million volunteer hours in 17 months.

Stay for the ceremony of light, also known as the “arti ceremony” performed each morning at 11:15. 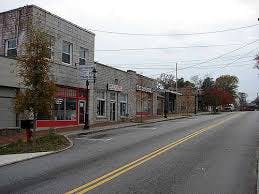 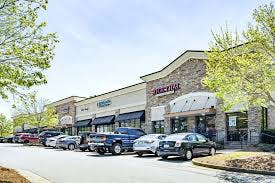 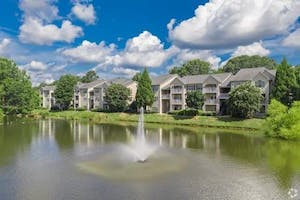 It’s a sleazy hotel, and over the last 4 years, 4 women have disappeared around Valentine’s Day. And now, another girl is missing.

Your job is to investigate the latest missing girl and find the evidence needed to finally catch the Heartbreak Killer!